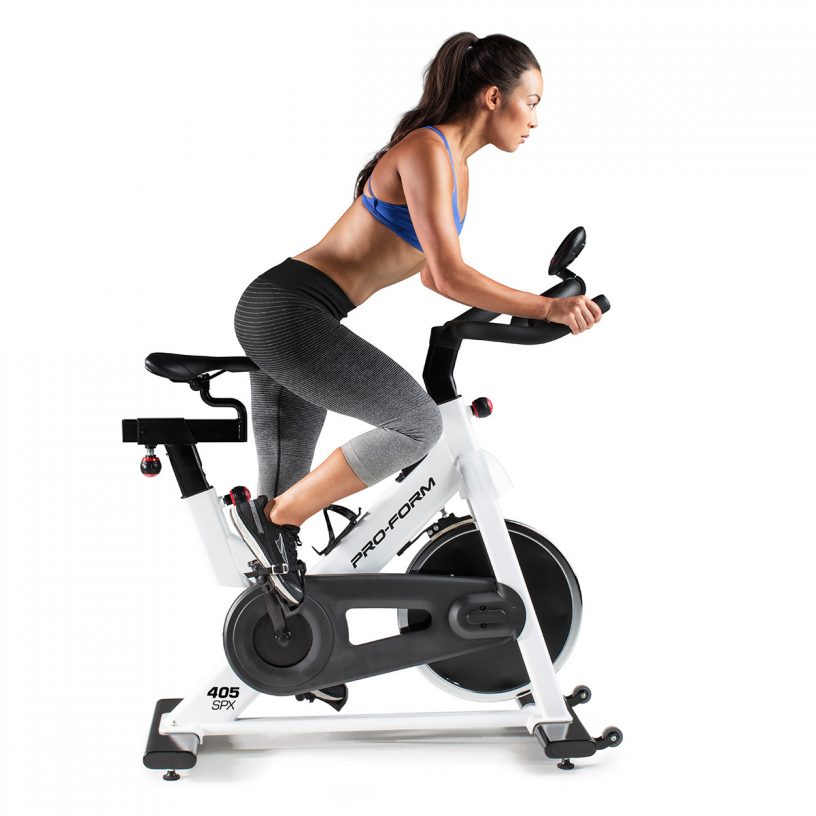 In this article you will find a comparison between training rollers and exercise bikes, two alternatives that are very useful for training indoors and in controlled conditions.

In the following, we will describe and compare the following factors, both for fixed bikes and for training rollers:

What is an exercise bike

A stationary or static bicycle is an exercise machine that simulates exercise on a bicycle. Within its operation some models have a system, often mechanical or magnetic, to generate different levels of resistance.

There are more than one type:

Also, among the different models we find some with wheels (flywheel) with different kg of weight that make the pedaling smoother and more efficient. The exception is the bicycle with wind resistance, whose strength and intensity increases as the force exerted on the pedals increases.

What is a training roller

Before getting into the subject, it is important to clarify that in this area we will include the rollers or bike rollers and the support trainer or bike trainer. Both options start from the same principle of using the same bike you would normally use to ride on the road, but training in controlled conditions. We invite you to get to know our selection of the best rollers and bike trainers.

They are often used for training by controlling variables, warming up before a competition or, when the weather conditions are not suitable for cycling outside.

Each one has its own particularities, as well as different levels of resistance, ways of obtaining balance and accessories to extend the experience. But basically we find that in the support trainer there will be two groups: one group will be those in which the bike’s rim will not be removed, but will be attached to the trainer, and the other group -which is more modern- in which you will have to remove the rear wheel of your bike to attach it directly to the trainer’s structure, which will give you more control over your training and balance on the bike.

In the case of the most common bicycle roller, no wheel will be attached to it or its structure, so you will have to get the balance yourself, which makes them more complex to master. However, it is also possible to find those in which it is possible to hold either the front wheel with bases.

Within this group we can highlight at least three types:

And as we had already mentioned the support coach, who in turn, we can find them in the following types:

Of fluid
Wind or Turbo
Magnetic

In terms of anatomical adaptability, the trainer and rollers do not have any adjustment to meet the anatomical needs of the rider. Let’s remember that in this case you use the same bike you would go out to train with, and the position of the person using these systems, will depend completely on the fitting of the bike. In this case the adjustment will be given directly to the bicycle.

Stationary bikes do have adjustments on the handlebars, saddle and other points, depending on the model.

The rollers are excellent for working on your pedaling style and developing a smooth, powerful and consistent pedal stroke. And even though there are manufacturers who are developing models of rollers with modular resistance (“E-Motion” rollers), they are still the least.

As far as trainers are concerned, these are the best for the highly structured workouts that many cyclists do. Because of their adjustable, computer-controlled resistance of the “intelligent” trainers, they are perfect for such efforts today. Because you are attached to a stable and heavy base, you can concentrate solely on maintaining that interval rather than worrying about keeping your balance on the bike.

In the case of the stationary bike, all models have some kind of adjustable resistance system, whether it’s mechanical, magnetic, hydraulic, wind or electronic, which are perfect for the more structured type of training that involves resistance work.

Rollers are usually lighter than trainers and stationary bikes. There are some models that are foldable which are very easy to pack, and even some others that can be folded into three sections which are even easier to store. This makes it easy to slide them under a bed or stand them up vertically in a closet, making them ideal for apartments or any space that is limited.

In comparison, the trainers can be heavier, but they also have storage facilities, as some of their models have folding tripod legs. However, it seems that the more technologically advanced trainers tend to be more bulky. Keep in mind, that rollers and trainers, are more compact than the static bicycles because the bicycle is not part of the system.

Although folding exercise bikes do exist, they are not currently a common model. Generally, the models of exercise bikes are less optimal for storage. Stationary bikes are ideal for those who have space exclusively for training.

Time to assemble and disassemble

Although once it is located where the fixed bike will be used, it will not be necessary to assemble or disassemble it to perform our training. The case of the rollers is different, since it will be necessary to assemble and disassemble them in order to use them. However, due to the simplicity of their operation and design, the rollers are easy to install and uninstall, since in many of their models it will be enough to unfold them to be able to mount our bicycle on them.

In the opposite case to the trainer, which in its more advanced models, it will be necessary to remove the rear wheel to mount and dismount our bicycle in its transmission system. But it is a very simple operation that does not require much time, and in very few cases, you will need some kind of tool to remove the wheel from your bike.

For both rollers and trainers, the posture will depend on the bicycle that is mounted on either of these systems.

Some people prefer these devices mainly because you usually train on the same bike you would normally ride outdoors. The geometry would be exactly the same in your indoor and outdoor training. It is important to mention that in the case of the rollers, they can take a couple of sessions to get used to and require a certain learning curve to master them.

On the other hand, on the exercise bike you will need to adjust the height of the saddle, handlebars and other adjustments that each particular model allows in order to achieve the position you are looking for. More sophisticated stationary bikes allow you to emulate the exact geometry of your bike, but they tend to be more expensive.

Traditionally, free-moving rollers are simple and not suitable for connection to third-party software or devices, however, it is now possible to pedal on digital smart rollers that use Ant+ and Bluetooth Smart for connectivity. This is also the case with stand trainers where it is more common to find features for connectivity with third parties.

On fixed bikes, some models -the most advanced ones- have an HD screen and a series of sensors that allow you to monitor all kinds of metrics, even perform iconic routes and ascents through CycleOps VirtualTraining or other similar applications.

Exercise bikes or training rollers: Which is better?

I really don’t think it’s a question of which is better, but rather which is right for you. Are you a beginner or an established cyclist? What kind of training do you want to focus on?

If you’re a beginner, stationary bikes and trainers are your best bet. The trainer holds your rear wheel and attaches securely to your bike’s frame. It gives you stability and promotes balance. You won’t have to worry about falling, so you can focus on your workouts, the variables and metrics that best suit your training from day one.

Bicycle rollers, on the other hand, are ideal for skilled cyclists. It will be difficult for a beginner to try to balance a bike on metal drums. Yes, centrifugal force can keep you balanced, but changing rhythms and focusing your training will be more difficult until you master balance on the rollers.

One advantage of training rollers is that you use the same bike as you do on your tracks. This way, there will be no variation in geometry and you will get used to the grips, seat and pedals. On some exercise bikes it will be possible to make very precise adjustments that will allow you to get closer to this geometry, but it will still be another bike.

On the other hand, one of the most notorious advantages of exercise bikes is that there is no need to be assembling and disassembling the bike. You just have to put on comfortable clothes and get on the bike.

Which alternative do you think will best suit your needs, the exercise bike or some kind of training roller?